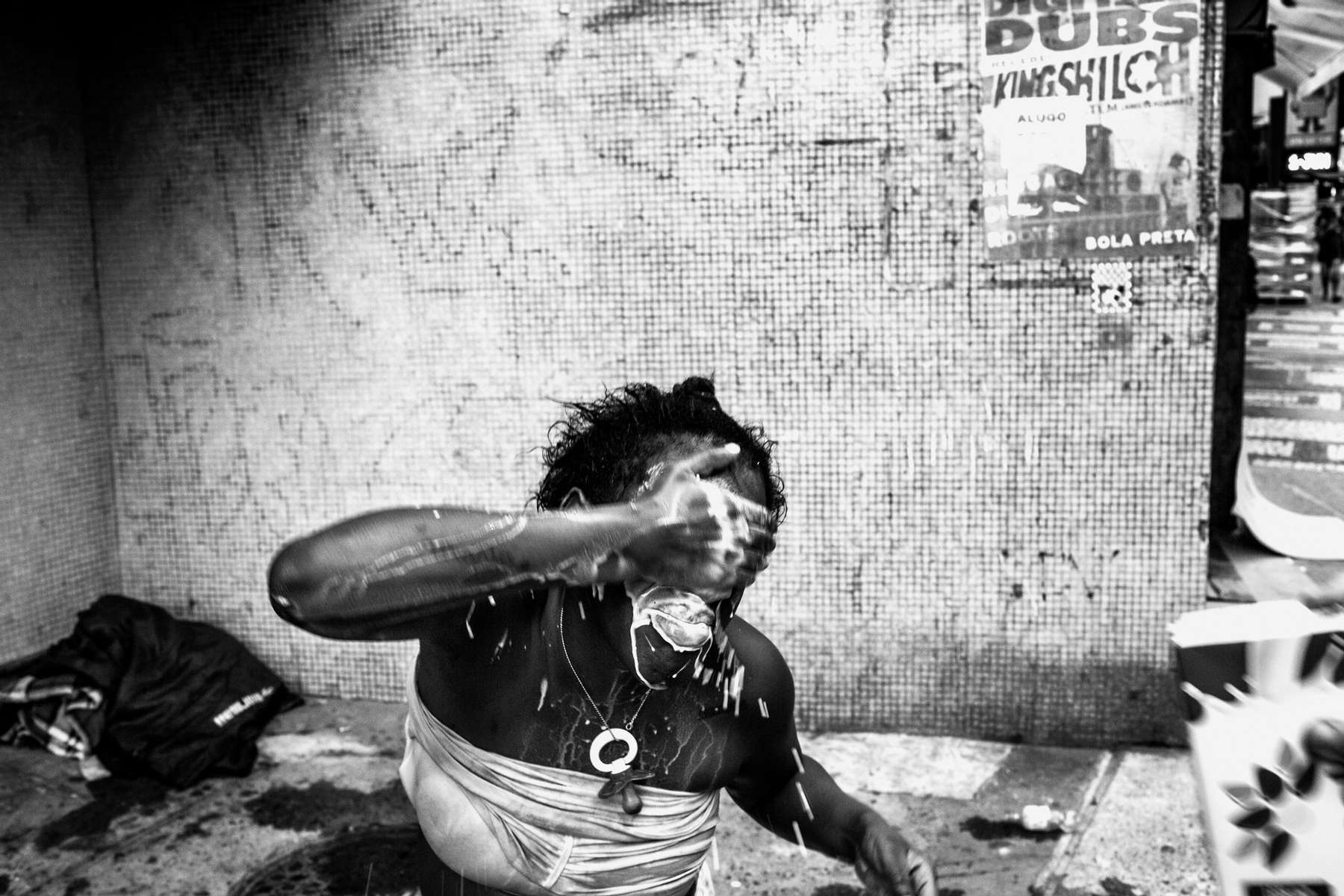 "Yesterday, at five in the afternoon, in the middle of Nossa Sra de Copacabana, a military policeman drenched the eyes of Ingrid Moreira do Santos (22 years old, 7 months pregnant) with pepper spray for refusing to leave the street corner, where she normally sleeps. I and a group of neighbors bought a package of milk to clean her face and ease the irritation (water in these cases sometimes makes things worse). She was in a trance, crying and spinning in the middle of the street. 15 minutes later an M.P. car arrived, from the same police station as the soldier who attacked her. When I told one of the policemen, that I thought it was inhuman what his partner had done, he replied that it isn't human to be pregnant and be addicted to crack while living in a tunnel. I think that what isn't human, sometimes, is this city."