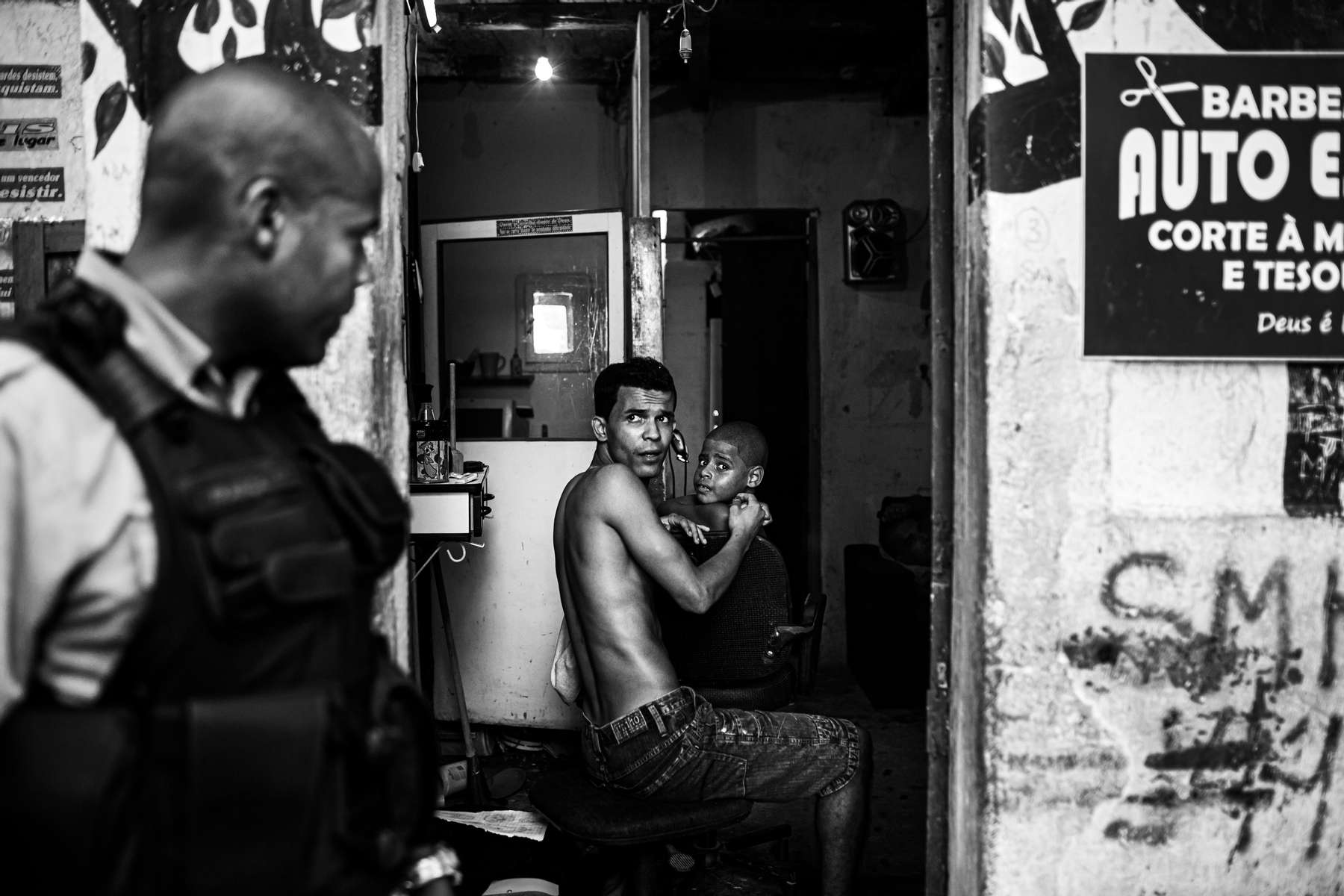 “One of the most devastating truths about the wars of today is that civilians are almost always the main victims. Rio de Janeiro is a prime example of this reality. The bandidos and the police are constantly killing each other, but the crossfire leaves a trail of dead youth, women and elderly people, almost always poor, students, retirees, or cleaning ladies. The most famous civilian victim of this silent war waged in Rio was, and still is, a stone mason named Amarildo. We never met him, but we did get to know his executioners, although at the time we weren’t aware of it. It was the military police squad stationed at Rocinha, one of many favelas that had been transformed into a recurring murder scene. Their soldiers and officers were full of talk about peace when I produced my notebook, while Rafa photographed them, from the drop of sweat running down their foreheads to the tip of their rifles. Months later it would be known that those uniformed men had tortured and assassinated Amarildo, whose body to this day has not yet been found. We came out more hardened from that assignment, that terrible calamity, although my partner insisted on exposing himself even more. For him the coverage didn’t end during the frame-snap with his camera in the favela: he actually lived there. During many seasons he shied away from the comfort of the asfalto and beaches, in order to revisit, closely, his past experiences in Afghanistan or Haiti.

I remember his arrival; one of those scorching Januaries Rio has. He was still brimming with adrenalin, but unlike others, he did not come with the safety-net of taking his best snapshot and then leaving. He wanted to understand why a paradise of endless summer divides its time between parties and shootings. And he got to it, embedding himself among the elite police force in São Carlos, sharing their anxieties and gunfights, or among the evangelicals performing exorcisms in the darkest holes of São Gonçalo, or in the line of fire of anti-governmental marches. It wasn’t enough to find closure for his quest. So, he turned the tables, in order to comprehend the Carioca doppelgänger. And thus, began a new journey. (...)